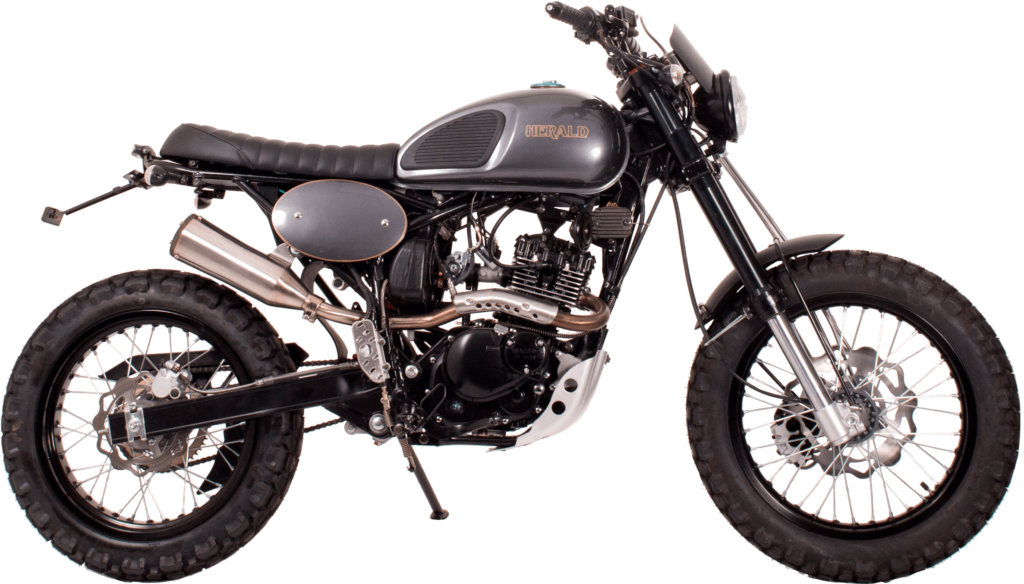 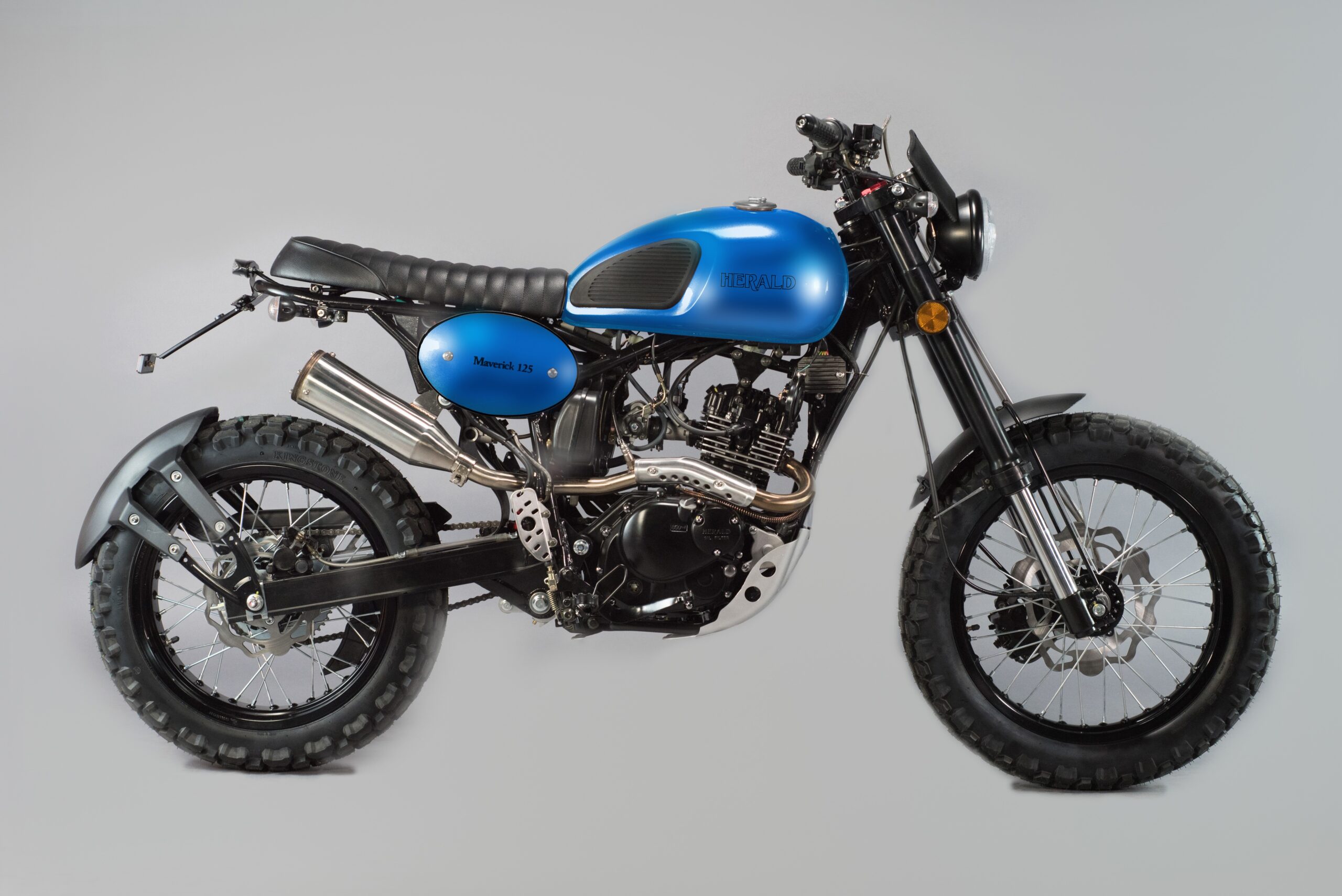 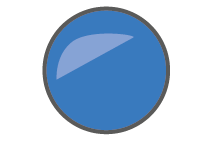 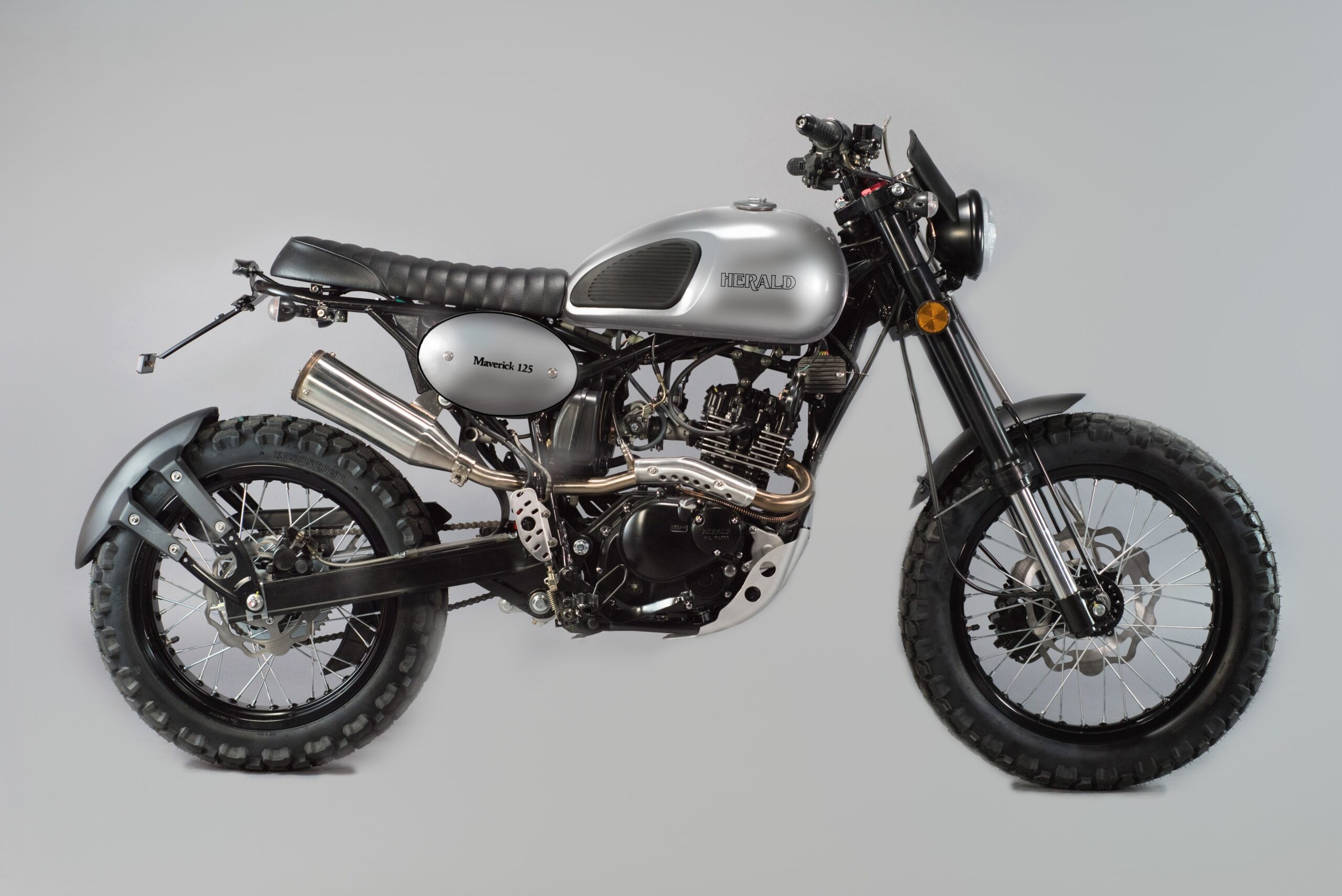 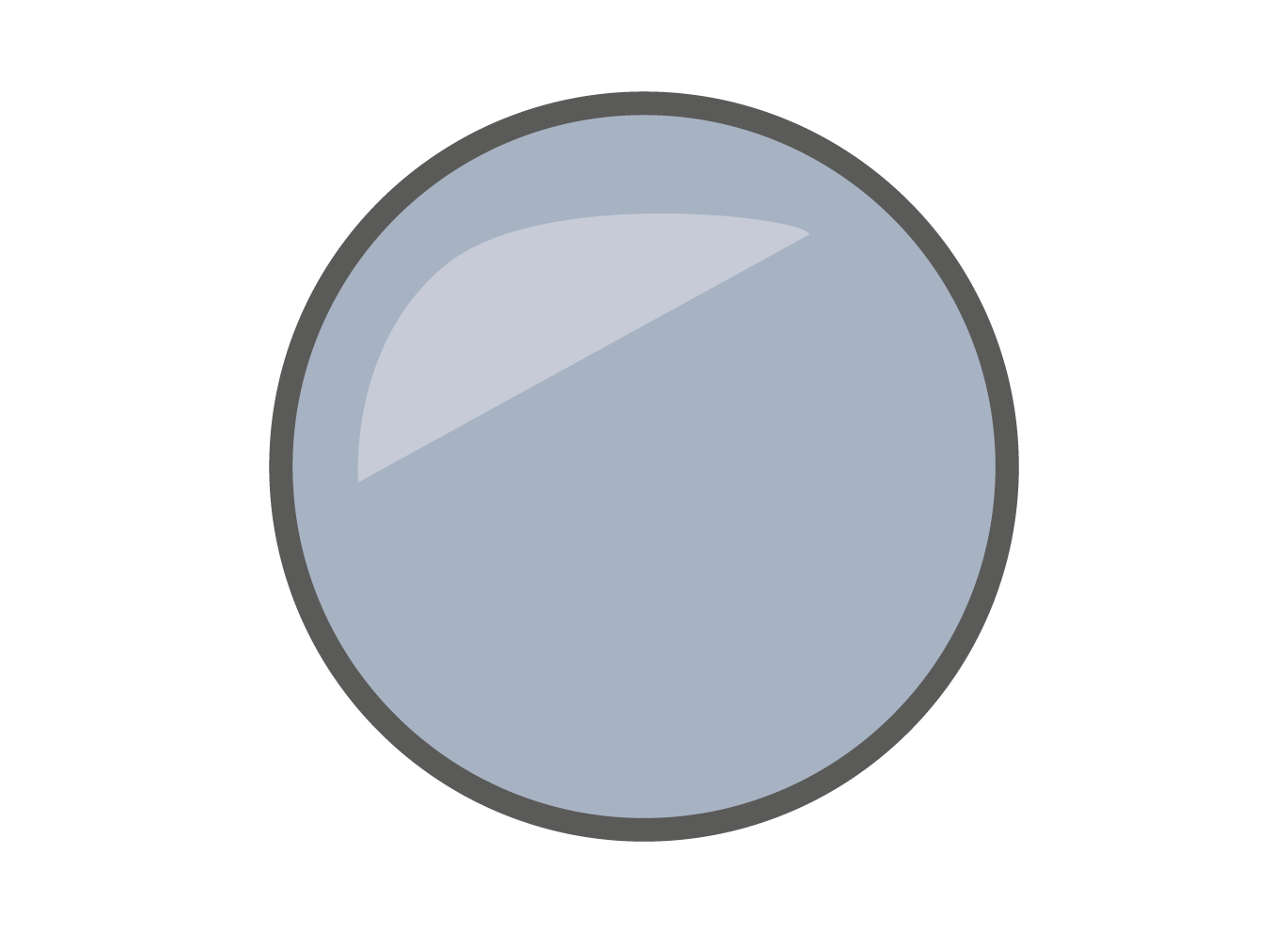 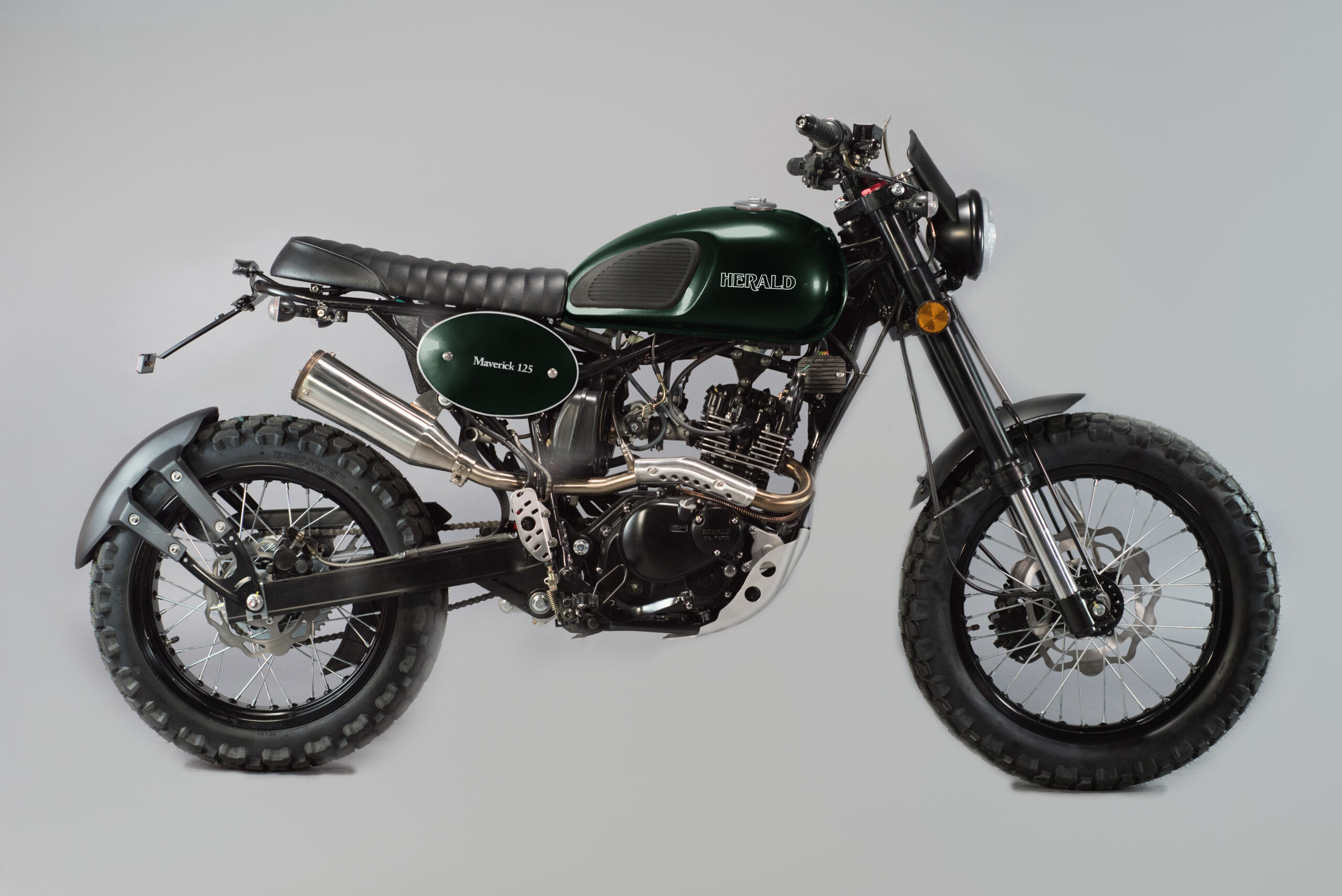 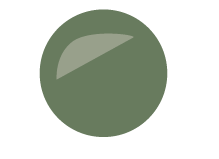 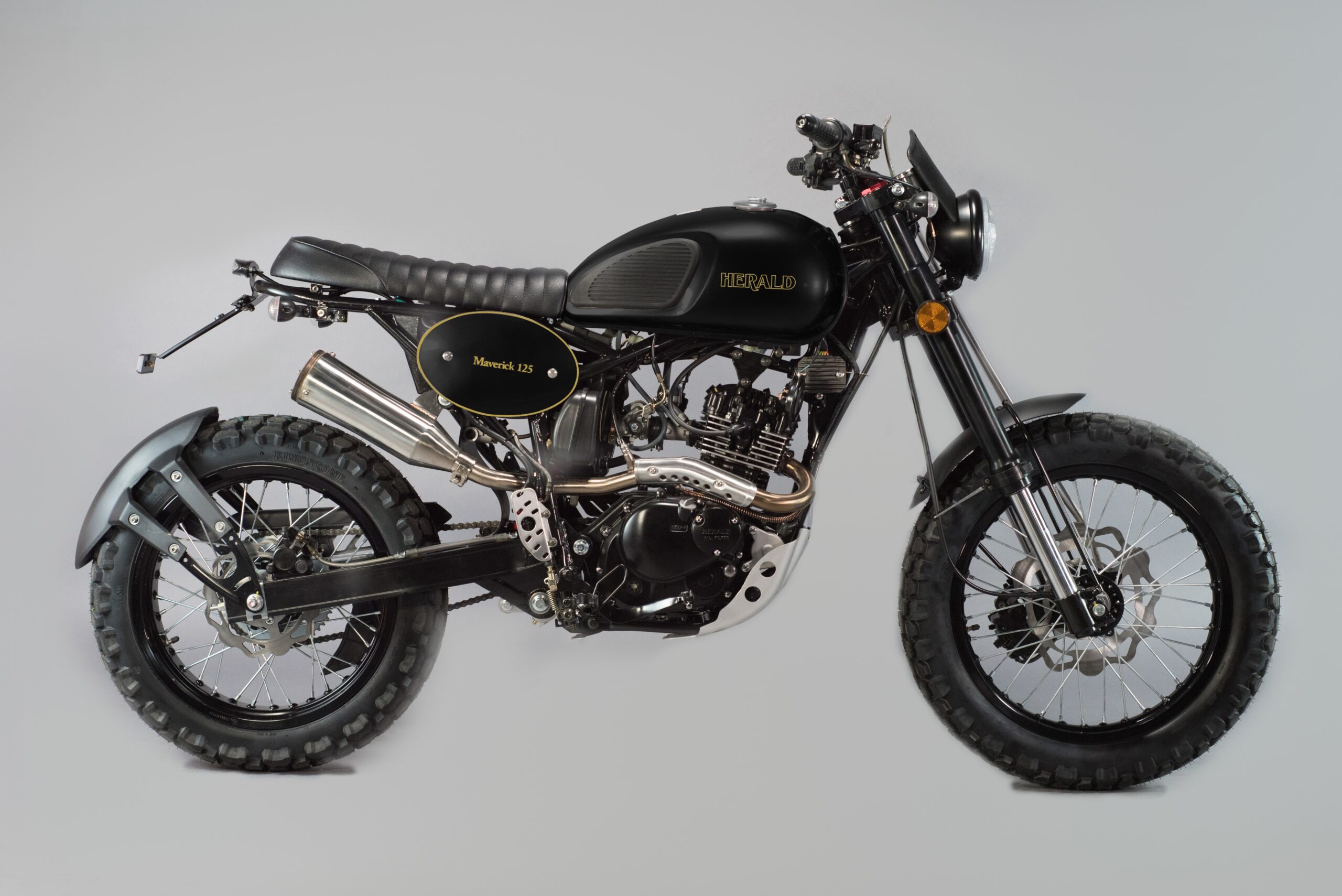 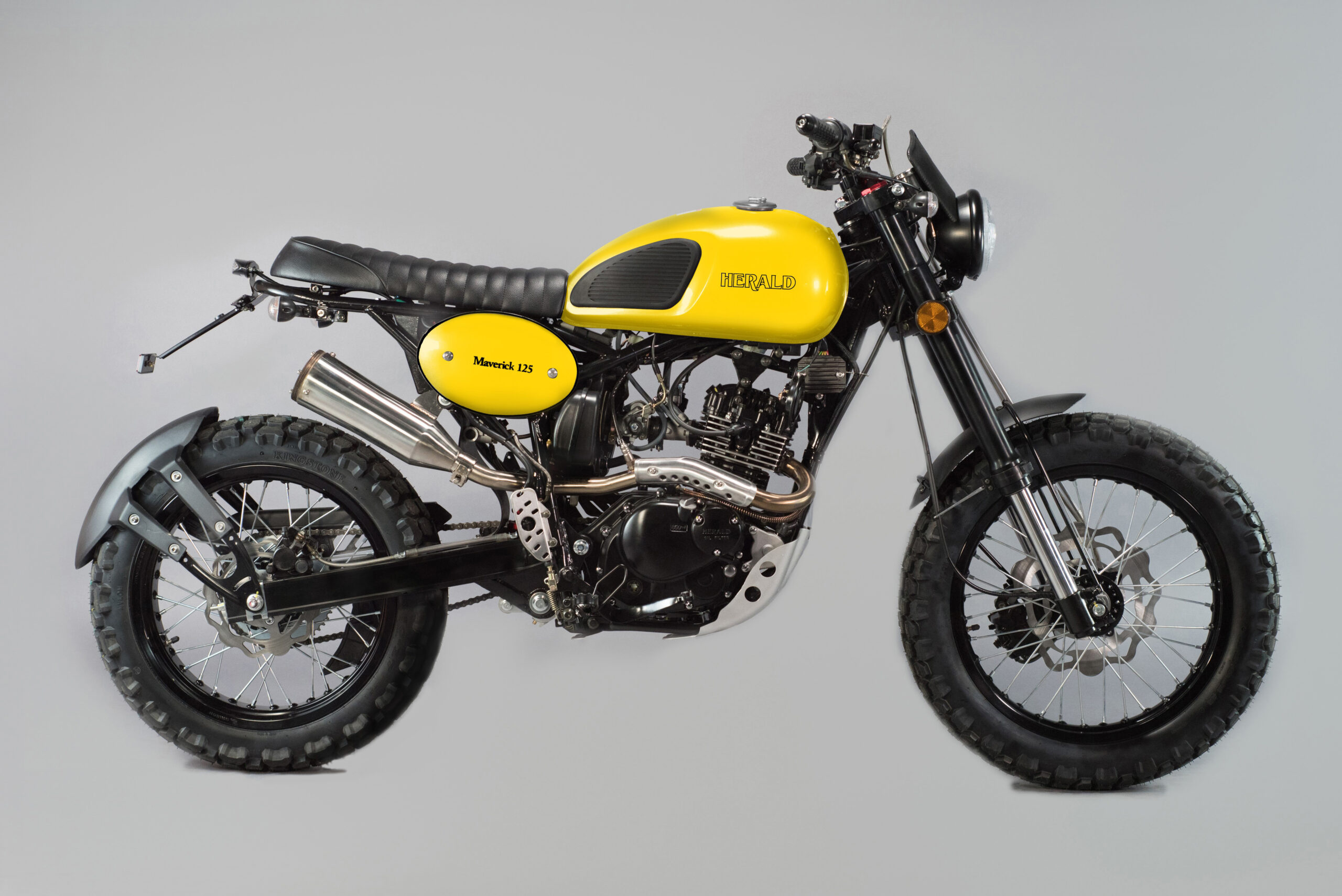 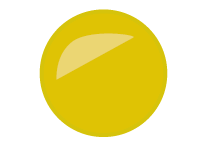 The Maverick 125 has attracted a great deal of attention since its first appearance. It was listed in On2Wheels Best Bikes of 2018 and also featured in the Adventure Bike TV series on Amazon Prime!

“It’s a stylish commuter that comes into its own in an urban environment. It’s plenty powerful enough to get the jump on traffic at lights, and light and agile enough to make filtering an absolute doddle – but best of all, the power delivery is smooth, so even the newest of riders shouldn’t find the Maverick intimidating” – On2Wheels

We have now released the aftermarket Super Moto upgrade package for Maverick 125 riders that want that road bike handling and performance while keeping the rugged aesthetic of the Maverick which makes it so appealing. Included in the package is a 17′ front wheel and a pair of Avon Roadrider tyres, available for £360** .

This website uses cookies to improve your experience while you navigate through the website. Out of these cookies, the cookies that are categorized as necessary are stored on your browser as they are essential for the working of basic functionalities of the website. We also use third-party cookies that help us analyze and understand how you use this website. These cookies will be stored in your browser only with your consent. You also have the option to opt-out of these cookies. But opting out of some of these cookies may have an effect on your browsing experience.
Necessary Always Enabled
Necessary cookies are absolutely essential for the website to function properly. This category only includes cookies that ensures basic functionalities and security features of the website. These cookies do not store any personal information.
Non-necessary
Any cookies that may not be particularly necessary for the website to function and is used specifically to collect user personal data via analytics, ads, other embedded contents are termed as non-necessary cookies. It is mandatory to procure user consent prior to running these cookies on your website.
SAVE & ACCEPT